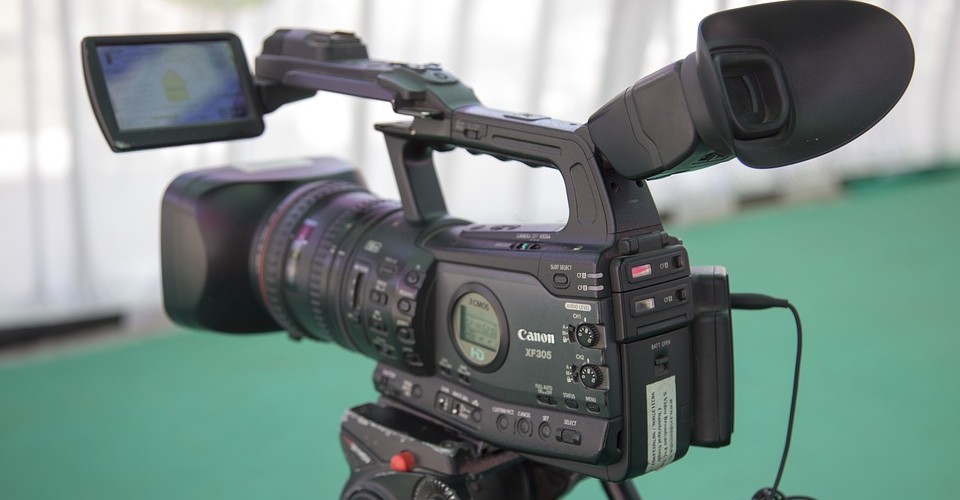 We have received a lot of footage from parents who have filmed their kids’ games. We’ve seen it all. From great HD footage to shaky footage that is almost unusable. For any sport, we have a few tips to help parents and sports videographers get the most out of their filming experience. Unlike movies, TV or other online videos, sports are a one-time thing. You can’t re-film a goal or ask the goalie to make another save, sports videography is live and there are no redo’s. With this in mind here are our 3 tips to being a better videographer.

1. Invest in a tripod

It sounds simple, but a tripod can be the difference between awful and wonderful footage. It doesn’t sound like a big deal, but trying to hold a camera throughout the game is tiring and unreliable. No matter how still you may think you’re holding a camera, there are always little shakes that can ruin a great highlight video. Tripods are cheap and there are a lot of great options on Amazon. Or you can order a Camera/Tripod package through our web store.

Field or court-level footage is hard for most coaches to watch. It’s really hard to see what’s happening on the field. Things like set plays, pursuit angles, and defensive highlights are almost non-existent from field or court level. Not to mention, college coaches usually evaluate their own team’s performance from an elevated level. So, giving college coaches recruiting video that’s from the same elevated angle makes them feel comfortable. We’re going to write another blog post soon to give some tips about finding an elevated level at sports games. However, our simplest advice is to use bleachers. Almost any court and almost every sports field has spectator seating via bleachers. Use the adjustable legs on your tripod to position yourself at the top of any set of bleachers. Even if you’re working with those cheap metal bleachers on soccer fields, any height is better than none.

3. Batteries are a must

Sometimes there are electric plugs around sports fields and courts. But we’ve found that most of them do not work or are yards away from where you need to stand. So it’s best not to rely on electric plugs to power your camera. Make sure you have multiple batteries that allow you to use the video camera for at least an hour later than the event. Charge the batteries the night before as well. Depending on your camera, some batteries take up to 4 hours to charge. When you’re already running late for a 8 am soccer game or a 7 pm football game, this is not the time to worry about charging camera batteries. Like we mentioned before, there may not even be an electrical plug at the field or court if you plan on charging a second battery at the game. We suggest buying a few off-brand batteries from Amazon. Make sure they fit your camera and that they have at least a 4-star rating. Most of our batteries we use for filming are off-brand and they are fantastic – a fraction of the price of a name-brand battery with a longer performance.

BONUS TIP! Watch the game through the camera

You’ve bought a tripod (fluid head tripods are the best), you’ve found a high place to film from and you’ve bought enough batteries to film all day, but your footage is not good. Why? You didn’t watch the game through the camera.

What do we mean by this?

Have you ever watched your footage after the game and caught yourself saying, “Move to the right! Move the camera! Where is the ball? etc.” We all have. What has happened is that you peaked around the camera to watch the game, forgetting to move the camera and follow the action. We’ve all done it, and for most people it’s the hardest habit to break when filming sports. We’re all fans, and we like watching the game, but when we have to film the game, we can’t forget about the camera. Instead, watch the game through the camera. This is the strategy and mindset we communicate to all of our new videographers and it’s also something we have to mention to our veteran videographers. In order to always capture the action, tell yourself to watch the game like a fan, but through the camera’s viewfinder.