4 Ways to Adjust to Being a College Athlete 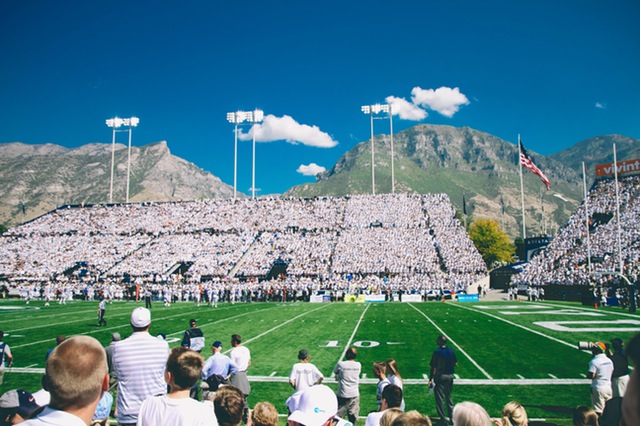 Transitioning from high school to college athletics can be difficult. Players have to get used to different roles, starting fresh from the “bottom of the totem pole,” so to speak. Not only are freshmen in college starting to meet new people and classmates, they are also getting to know new teammates and coaches. The number of difficulties that will come with moving to college athletics are staggering, but these 4 ways to adjust will make the transition easier for any athlete.

Keep an open mind
Playing a sport in college is not like high school, the level of play is higher and much more intense. Keeping an open mind and learning from current surroundings is one way to find success. Watching and learning from the veteran players on a new team is a great way to find out how to be successful early. They went through hard times being a freshman and remember what it was like to be in a new player’s shoes.

“Watching and learning from the veteran players on a new team is a great way to find out how to be successful early.”

Understand the skill level of collegiate sports
College athletics are a high level of sport. Patience is the key to learning and adapting to this new highly competitive environment of an athlete’s sport. Finding out that you as a player are no longer the high school star you used to be can be a difficult reality. One thing you’ll immediately notice is that all players on the team, no matter if they are star players, or if they never leave the bench, will make highlight plays in practice. Everyone is good. This goes both ways for athletes, as sometimes freshmen players may be matched up in practice against a teammate who has a higher rank or position on the team. This is how you grow as a player. They should remember they are playing on this college team for a reason. They can make an impact, and try to win an individual matchup, even if it is with a player who may be higher up in the hierarchy of their team. Face challenges head-on, don’t be afraid to fail (see part 3). Also, players who do not play as much in games can still push their teammates in practice, and on good teams this means simply making plays. Everyone will make plays from the benchwarmers to the regulars and young players in college should remember this.

“…see the mental part of the game as an asset”

Realize mistakes are normal and a good thing
People sometimes think that mistakes should not happen or are a negative thing. Even in sports players often remember the poor plays they made or the plays they should have had made, rather than all the successes for them that day. Mistakes are normal! Especially when learning and adapting to a new atmosphere, such as being a rookie player on a college team. What separates a good player from a great player is the ability to learn from mistakes. If a player misses a play or does something wrong, it is okay! They can learn from what happened. What they should not do is have one mistake, turn it into two mistakes, which can turn into more and more. What happens in this case is very common. The athlete is so focused on what just happened that it hinders their future performance and they mess up the next time. The most important play is the next play! Easier said than done but keep this train of thought in mind when something goes wrong next time and learn from the mistake, rather than thinking about it over and over.

Respect your coaches
The last tip has to do with an athlete’s college coaches. Not to say that young college players are disrespectful to their new coaches, however, young players should keep in mind that their new college coaches want them to succeed and can provide opportunities for growth in their sport and life. Coaches in college often provide new ways of thought that athletes have not seen before, which in turn can drastically improve an athlete’s game. College coaches often have great minds and are “students” of their respective sports, not just play callers or team supervisors. New players should pick their brains to learn all that they can in their time with a new coach. Pay attention to their philosophies and ideas as it can translate into success on the field.

Sports are as much mental as they are physical. The great players are the ones that have the physical aspects down, but they also see the mental part of the game as an asset for their disposal. With these new tips, players can advance up the ranks of their new team in college quickly. Keeping in mind that the whole time they are competing and learning in the new environment, having fun should be atop all of their goals! If athletes keep some of these tips in mind and worry about having fun, then the rest will take care of itself.